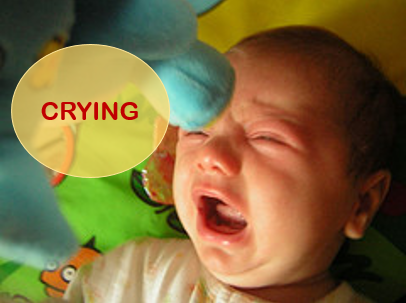 If anyone out there besides my husband and my mum reads my blog, then they/you may have noticed I haven't posted anything since Wednesday. That's mainly because on Wednesday we made some important decisions - and we've had a hard few days sticking to them.

Before I get to that let me give you the catalyst:

If you do follow me on twitter or read my blog you will know that we, very successfully, follow the CLB routine (I blogged about it here). Discovering the routine, establishing it and sticking to it has been life changing for us. It has given us our life back. We have had time for each other as a couple, we've been able to have all important time to ourselves in the evening and it brought the night time wake ups down to a maximum of one - sometimes none! It really had changed our lives as new parents.

But - when Jake had colic (and we hadn't realised that's what it was for a while) we gave him a dummy. In fact, we pretty much forced it on him. We were desperate for him to settle, be quiet and sleep. From then on, we gave him his dummy all of the time because we assumed that he wanted it.

All of this was fine until recently -
when Jake started waking up again in the evenings. He wasn't hungry. He hadn't soiled his nappy. He wasn't too hot or too cold. We were baffled. Then we noticed it started happening during his day time naps - he would wake up from them. But why? The only thing that had happened was that he'd spat his dummy out. 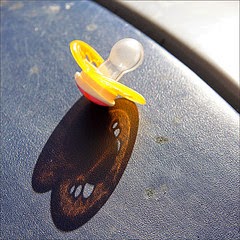 Jake had gotten into one of the very common bad sleep associations - he was dependent on his dummy to sleep.

So, as I explained at the start, we made some important decisions and we've been desperately trying to stick to them.

Let me tell you this has been extremely hard. At every nap time and bed time, Jake has cried and cried and cried for his dummy. The urge to pick him up, to talk to him and to just plain old give in has been almost unbearable.

I have cried myself, numerous times feeling as though I am a terrible mother (I'm sure some of you are going to tell me I am) and that I am a failure. It is heartbreaking. It is clear that many people (family included) don't agree with what we're doing. It has been horrible, and I have been in tears watching him on the monitor (even though he's only been crying for 3 minutes!). My hubby has been a wonderful support.

Why are we still doing it? Because it is actually working. Although Jake is crying when put down to nap or sleep, he CAN self settle now and he does. The crying has become less intense and for less time. When he does sleep - he sleeps! There's none of this waking up regularly because the dummy is out. Also - we've had a 7pm through to 7am night now, because he was able to cope without the dummy. It wasn't falling out and waking him up. Relief! Success! Pride!

It is still hard. I still feel awful when I listen to Jake crying - my instinct is to run and pick him up. But, maybe that's part of the problem? Maybe my hubby and I are causing him to be dependent on everything but himself to sleep?

Either way, we are sticking to it and being consistent. When you've eliminated all possible causes of the crying, i.e. wind, nappy, hunger - then the crying down is next. Here are some basic rules of the method: 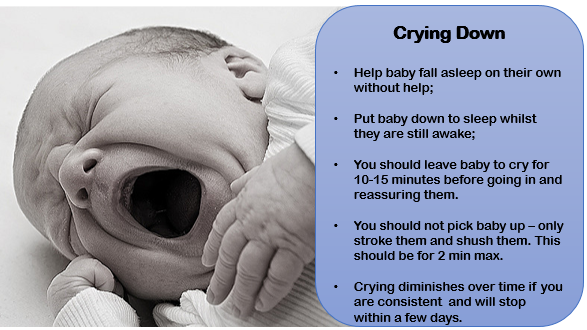 Have you ever used the crying method? What are your thoughts?