Today - Daddy had his first experience of the dreaded poonami!

We had been to the supermarket to do our weekly shop (ugh - such a chore when you have a small baby) and we managed to get one of those trolleys with the lie flat seat for babies. We strapped him in and we went about our business.

About half way through the aisles, baby Jake began crying and seemed to be hungrier earlier than normal, so daddy took him off to the café to feed him whilst I completed the shop.

By the time we were finished and back in the car, the little man was asleep - hooray we thought! 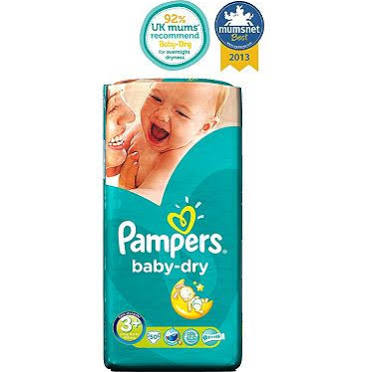 10 minutes down the road and the crying started. What's happened? Why's he so upset? - The hubby was confounded (as though he never cries and this is an unexpected event, lol!).

As we pulled up at home I casually suggested he would probably need his nappy changing. Boy, what an understatement THAT was! The hubby got him out of his car seat and immediately we saw he had poop all on his trousers! It had soaked thought to the hem of his vest and even some on his cardigan - so much from something so little?!

Watching the hubby deal with it all was funny - 50,000 wipes used, desperate attempts to avoid touching said poop, and constant unbelieving remarks such as, "How has he got this on his willy??"

Needless to say, although it was a bit of a kerfuffle - it was pretty funny :)