'August: Osage County' was a true surprise; I hadn't expected to enjoy it or to be so riveted. I decided to watch a bit of it when I saw it was about to start on Sky Movies. I was so intrigued by the opening 20 minutes, that once Jake woke up I decided to find it on demand and save it to the sky+ box.

I have finally watched the film in its entirety and am moved by the true to life misery that is dished up in this film.

Directed by John Wells, and written by Tracy Letts (who wrote the original play), IMDB summarise it as being 'A look at the lives of the strong-willed women of the Weston family, whose paths have diverged until a family crisis brings them back to the Oklahoma house they grew up in, and to the dysfunctional woman who raised them.'

With talent such as Meryl Streep, Julia Roberts, Chris Cooper, Ewan McGregor and Benedict Cumberbatch taking on these complex, quite often damaged, characters it is no wonder that the film is so moving and brings home a real truth. This truth is given to us in the very opening of the film, when the father of the story tells us,
'Life is very long. T.S. Elliot. Not the first person to say it, certainly not the first person to think it, but he's given credit for it because he bothered to write it down.'. 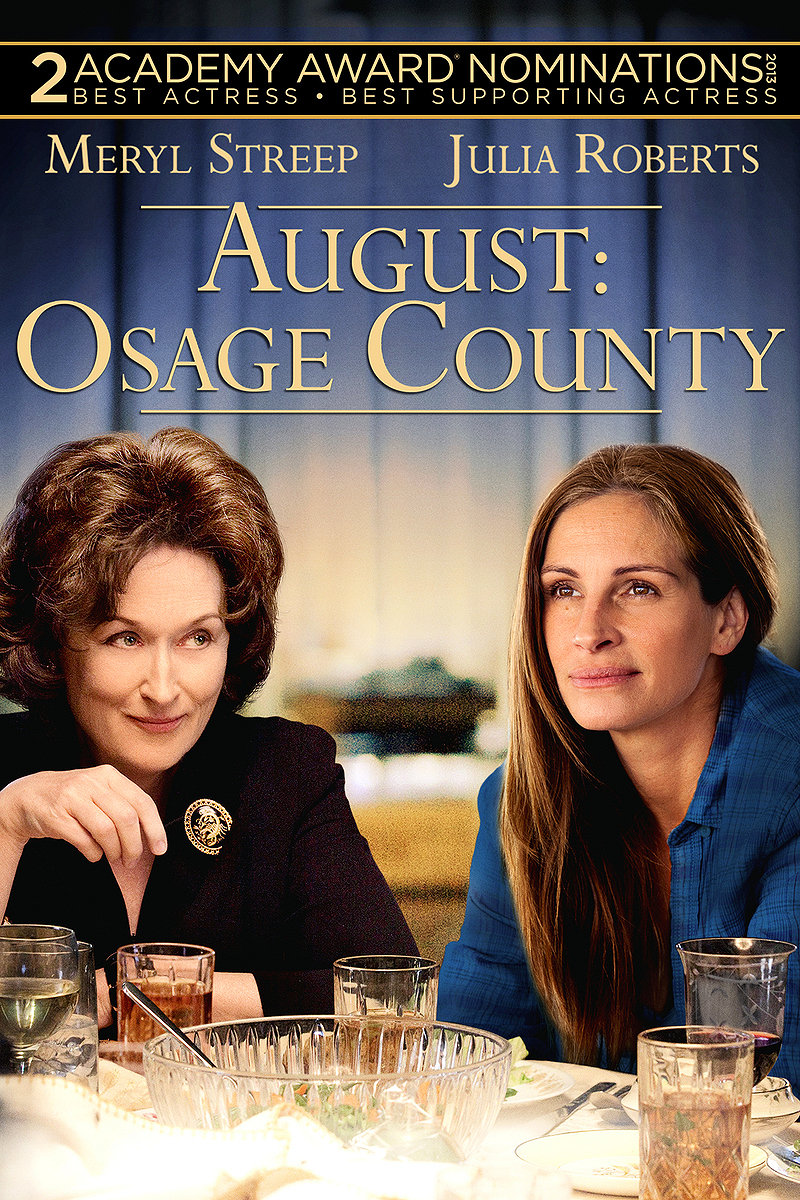 It isn't until the action unfolds that we realise just how poignant that is.

The film delivers us laughs, shocks and tears that are pulled from us by the performances given. The turmoil of the main characters, who are strong women, is difficult to watch at times as you start to see into the lives of these women and you feel a little bit like the awkward guest at the dinner table.