Sometimes, when there's nothing decent on telly, you just fancy watching something a little different. This film, 'The Grand Budapest Hotel' is definitely different!

Directed by Wes Anderson, IMDB summarise it as a film that 'recounts the adventures of Gustave H, a legendary concierge at a famous European hotel between the wars, and Zero Moustafa, the lobby boy who becomes his most trusted friend. The story involves the theft and recovery of a priceless Renaissance painting and the battle for an enormous family fortune -- all against the back-drop of a suddenly and dramatically changing Continent.' 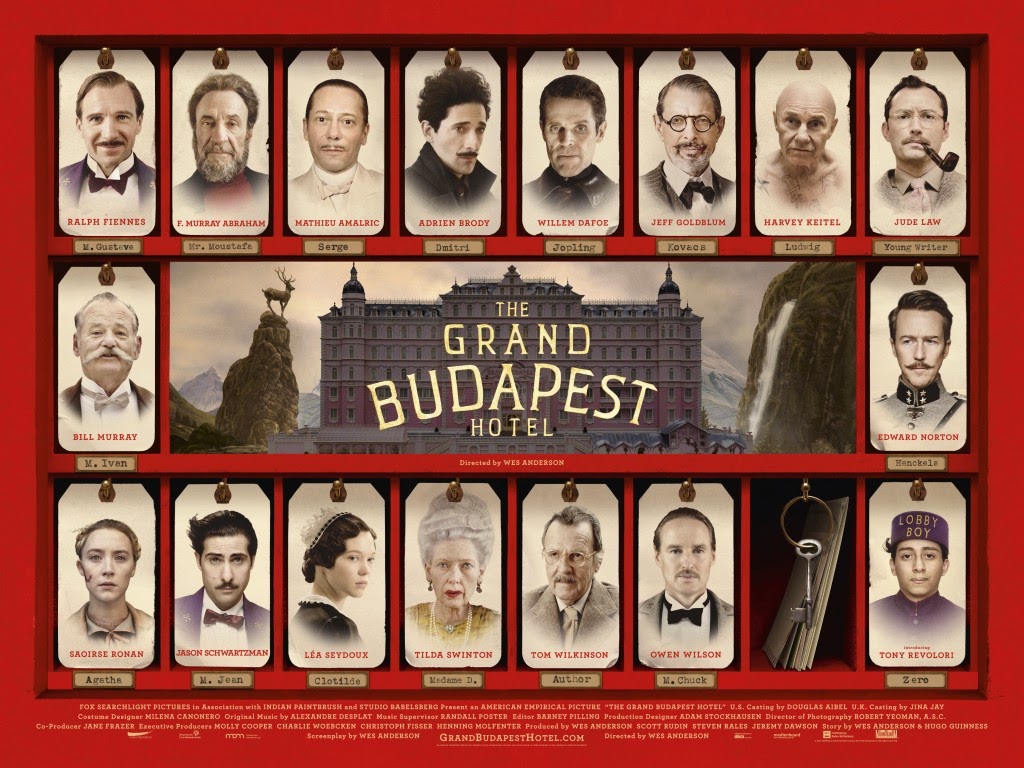 This quirky film is loaded with star after star - from the main actor Ralph Fiennes, to Ed Norton, to Jude Law, and Harvey Keitel - it is brimming with talent and famous faces. It is easy to get drawn in by a film purely because of the actors that are starring in it, but their performances were comical (as intended) and the story was genuinely funny. I enjoyed seeing Ralph Fiennes in this unusual role and the dark comedy was a light relief.

My only criticism would be that the film has a repetitive edge to it, which is part of the story but makes it somewhat slow in places.

Overall: I'd give this film 3/5. It is quirky and will not be to everyone's tastes. However, if you are a film fan, interested in cinematography or just enjoy a star studded spectacle, then give it a go.
Posted by Mummybexm at 2/05/2015 12:38:00 pm