Jake at 8 months - An Update

It has been a while since I posted an update on Jake... so here's how he's doing after turning 8 months old a few weeks ago.

One of the most surprising things that has happened in the last few months is Jake's growth - he has suddenly become very long and his hands and feet have seemed to double in size; they are huge! So many people comment on the size of him (and not just because he's a bit chubby). He is genuinely solid. He is extremely long and at 8 months completely fills his 9-12 month sized clothes. It's funny, I remember the midwife on her first visit to see Jake saying that he was going to be a 'big lad' - but at the time he seemed so tiny and fragile, it didn't sink in. It has now! Here he is, sprawled out across Daddy: 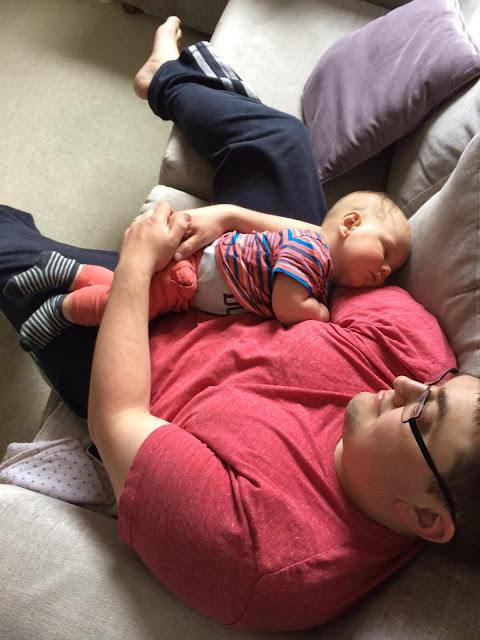 Here he is again being all grown up in his outfit for his cousin's christening last weekend :) 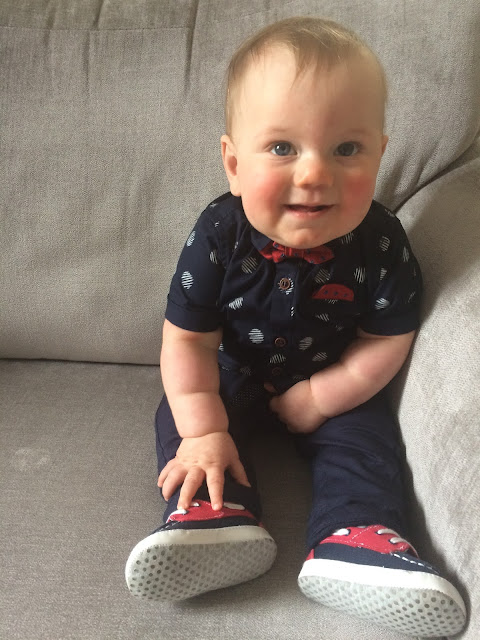 Jake has now developed a fantastic ability to play with things independently, with concentration, focus and determination. He holds toy balls closely with his fingertips; he studies fabrics and textures with concentration and reads 'That's not my...' books with us, touching the feely areas easily by himself. I have enjoyed watching him work out how to move things, find things and pass things. It has been a joy to see him develop in this way. Here he is fully engrossed in his 'That's not my Dragon' book :) 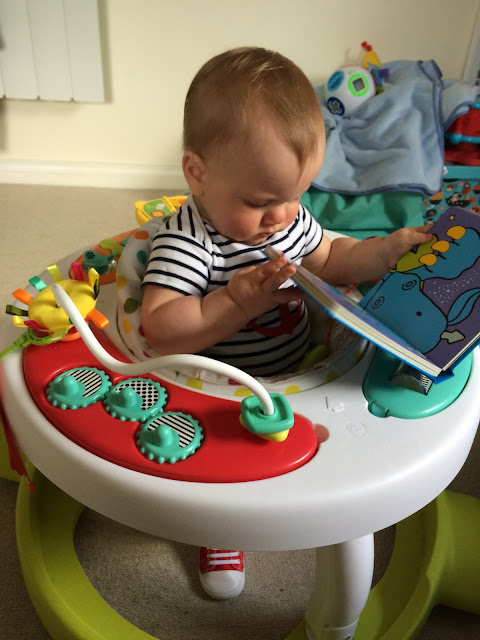 Food is still somewhat of a worry for me. I am forever worrying if we're feeding him too much/ too little/ good stuff/ the wrong stuff. He's now down to an 8oz bottle at 7am and an 8oz bottle at 7pm, and sometimes a 6-80z bottle at around 2pm depending on the day. This has seen Jake cut his milk intake considerably which we're glad about. He eats well with us feeding him from a spoon, but still doesn't seem overly interested in eating finger foods - with exceptions being the odd bits of toast or biscuit. It is frustrating to see so many others his age eating full blown meals with their hands, but I am sure this will happen. Here he is enjoying some Dairylea spread on a rusk! 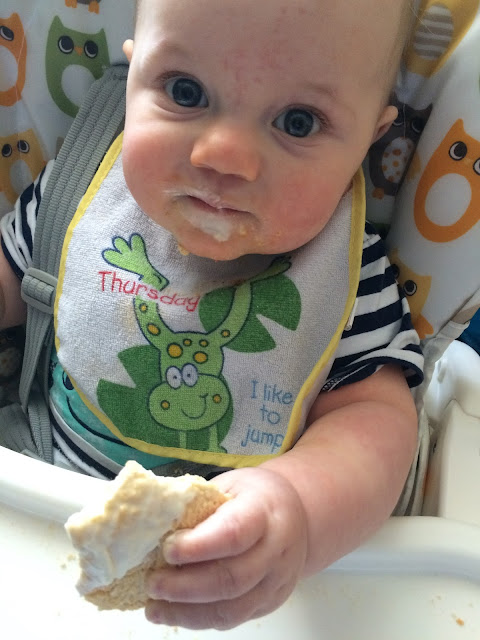 I terms of physical movements, Jake isn't crawling yet. But he's up on his knees and rocking. He gets around brilliantly with a sort of duck and roll move, with a snake-like slither when necessary. If he can't get something he shouts at it for a bit and then just moves on. He's physically able to grab and lift things. He can bat, throw and push things away and towards you and he has become extremely cuddly and loving, with cuddles and kisses at the ready :)
Here he is almost making steps forward... 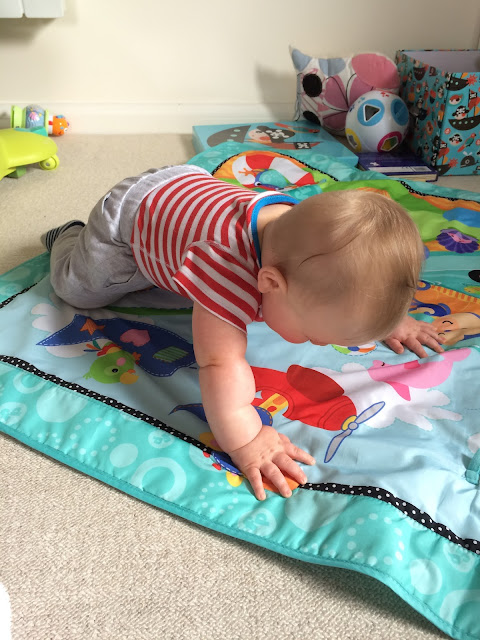 ... and again giving daddy lots of kisses and cuddles 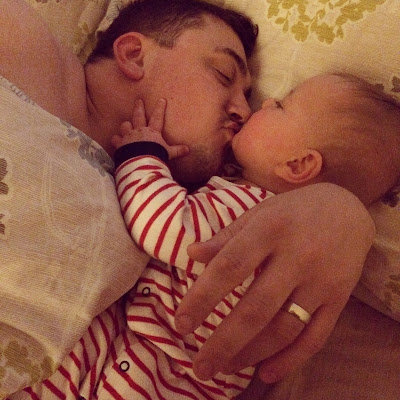 Vocally, Jake is saying 'Dadda' and 'bababa' quite easily, and noisily! He often babbles away at himself as if telling a little story about his day. It's super cute :)

Best thing recently was seeing his reaction to bubbles for the first time... 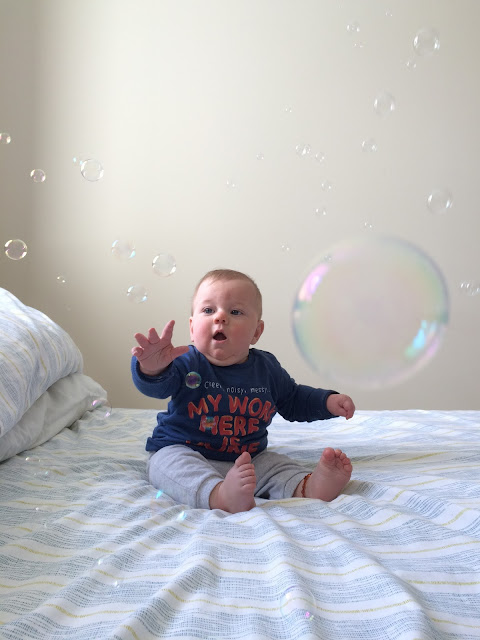 These 8 months have been amazing. Can't wait for the next adventure!