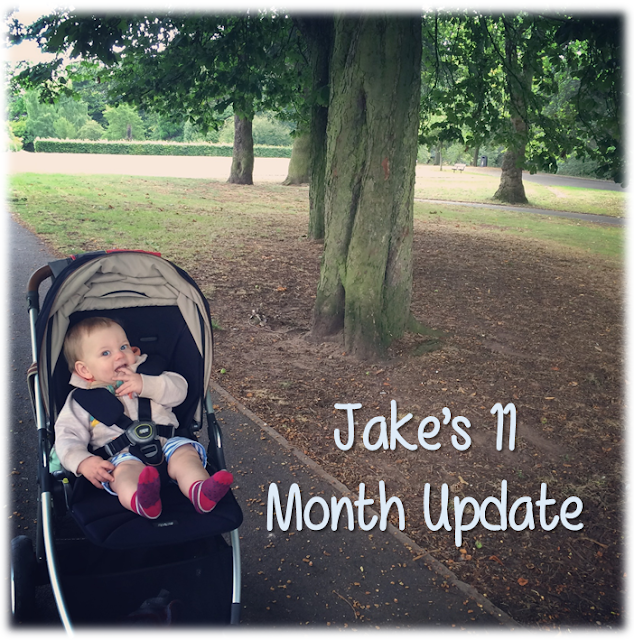 So today it happened - Jake turned 11 months old. He is no longer a little baby and is fast becoming a little toddler. Here are some of our favourite 'new' things that we've discovered with Jake this month:

1. Cuddles - Jake now crawls over to us and cuddles us openly and affectionately. He will also accompany his cuddles with 'ahhhhhh' sounds. He does the same to his teddy bears and the cuddly Chewbacca that Daddy bought for him this month. 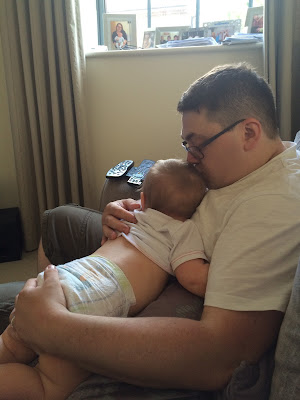 2. Steps - Jake has begun to cruise around the furniture and really use is push-along walker to get about. He's pulling himself up on everything and is often getting up on one knee - he looks like he's going to just stand up and walk at any moment...that's what we hope is going to happen. We know some babies his age are already walking, but we aren't concerned - he's doing all of the right things and it is risky for a baby to begin walking too early if their legs aren't physically ready for it.
3. Eating with his hands...and hair! - Jake is now eating a lot more with his hands and self-feeding much more too. I am concious that I need to prepare and provide a wider variety of foods for his evening meal - as we're getting into the rut of doing the same old or using Ella's Kitchen pouches if we've been out. Today I made him some cheese and tomatoe on toasted muffin for his lunch, which he enjoyed and tried some custard for his afters. 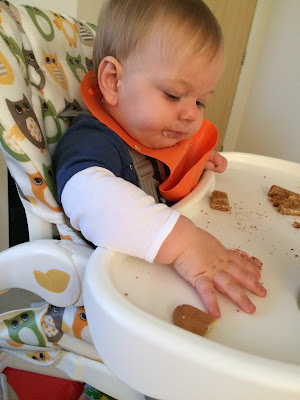 4. Personality - 11 months has seen Jake's own little personality really shine! He is a happy, loving and contented little man who is a pleasure. He receives compliments and attention everywhere we go and has a cheeky, curious nature which I am certain will lead to him getting into trouble when he's older. He has started to follow and play with the older children at nursery and has taken up a particular friendship with Dylan (18 mo) at nursery. He seems eager to want to try rolling, throwing, hitting, biting and chasing everything and anything, and is especially interested in how doors can be opened and closed. 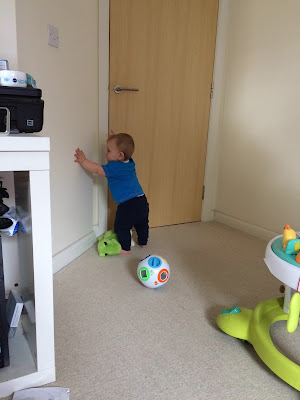 6. Playful - Jake is happy to be playing and trying new things and places now. He especially loves to be outdoors. He is the reason why we're moving house later this week, so that we'll have a nice little flat garden for him. 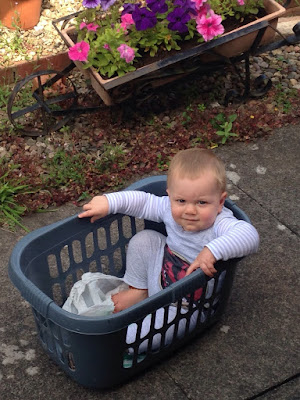 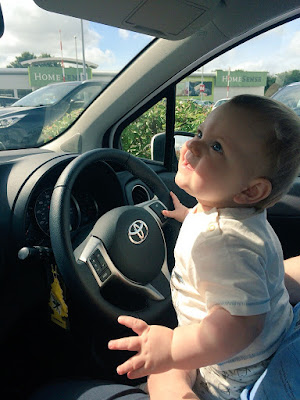 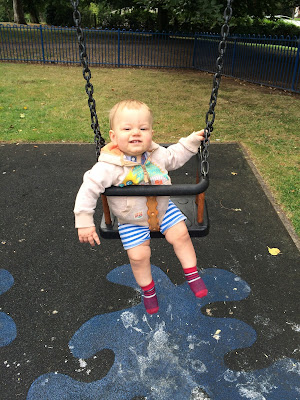